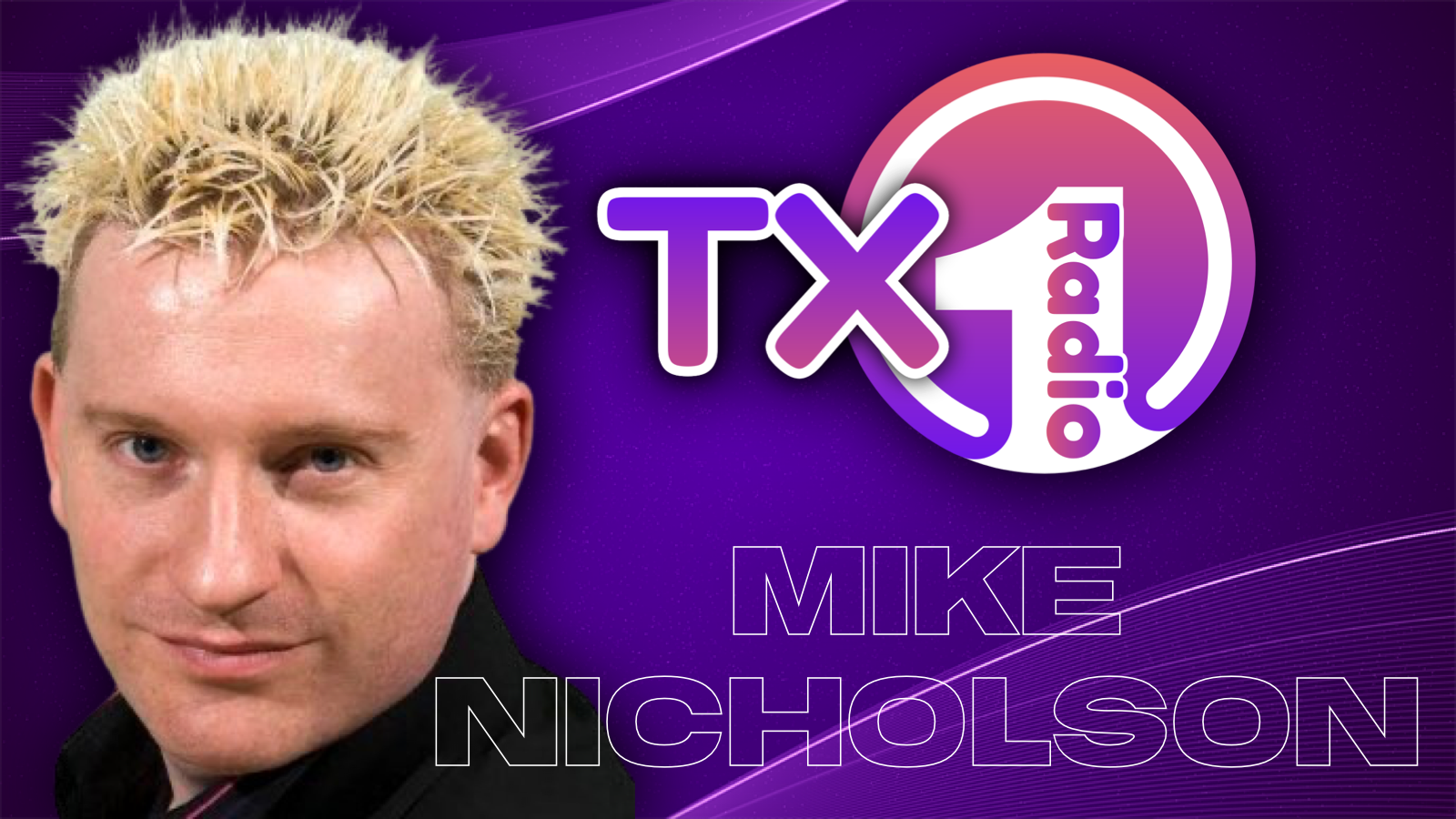 Mike was born and raised in a cube-shaped prefab in the midst of the constant roar of the A19. His early career aspirations involved wanting to be a police officer in the USA (the steady diet of cop shows imported from that country made it look like action packed fun all day long to the young and impressionable Mike). As he grew older, his professional preferences spanned from wanting to be a goalkeeper, to an architect, then novelist and finally a pro musician; however, his first paid engagement involved stuffing packets of crisps into boxes on a factory floor.

Eventually Mike relocated to Yorkshire to study, after which he somehow ended up working as a travel and travel broadcaster on BBC Radio Sheffield for a number of years. As often happens, he gradually moved into fronting his own radio shows, with stints on various stations in the region (including Trax FM, Dearne FM and Rother FM) soon following.

In autumn 2021, Mike was in no small way flattered to be asked to take over the weekday lunchtime show on TX1 Radio.

Where did you grow up?

County Durham, which is much too far south to qualify me as a Geordie - my particular tribal designation is 'Pit Yacker' would you believe?

I don't do too well around creepy-crawlies; generally the bigger and faster they are, the colder the sweat...

What's the best gig you've ever been to?

Tough one, but after much consideration the Finn Brothers at Leeds City Varieties back in the late '90s narrowly takes the prize - just two affable, extraordinarily talented singer/songwriters performing songs from a 20+ year collective back catalogue on a variety of instruments.

What's the worst thing about you?

I always come back to 'Ghostbusters'!

Describe how you looked in 1991

Much shorter, greasier and spottier.

Where is your favourite place in the world?

Venice, but Hong Kong and Amsterdam are close runners-up.

Who are your "must listen to" artists?

What food would you eat for a last supper?

Japanese chicken katsu curry with a bottle of Tsing Tao and anything chocolatey for dessert!

What TV shows would you sit through the adverts to watch live?